Also known as San Lorenzo Village, the census-designated place named San Lorenzo, California, is a remarkable community found in the San Francisco Bay Area of Alameda County. Home to approximately 23,500 residents, San Lorenzo was one of the United States’ first planned communities. Developed by the Greenwood Company while under contract to the U.S. Navy, San Lorenzo came to life in 1944 with parcels designated, not just for residential housing, but for retail centers, schools, parks and churches. San Lorenzo is located south of Oakland and San Francisco.

Composed of 2.8 square miles, San Lorenzo is situated between the City of San Leandro to the north and the City of Hayward to the south. As an unincorporated community, San Lorenzo is governed by Alameda County and is policed by the Alameda County Sheriff’s Office. A family friendly place, San Lorenzo is served by the San Lorenzo Unified School District which oversees two amazing high schools, Arroyo High and San Lorenzo High. These schools are amazing because, not only do they have a great 1:19 teacher-student ratio, but 97% of their students graduate. In addition to a great location and wonderful schools, San Lorenzo also boasts gorgeous year-round weather, and easy access to wine country, Silicon Valley, the Bay, and an abundance of shopping, dining, entertainment and recreation.

This wonderful small community is growing in part due to all of those wonderful features, but also because of its affordable real estate. Compared to other Bay Area communities, San Lorenzo real estate prices are low which means more opportunities to find great investment properties, but this won’t last forever. Homes for sale in San Lorenzo include condos, townhomes, multi-family and single family homes. Single family homes are the most plentiful and have an average listing price around $543,000. Condos and townhomes are fewer but less expensive with an average listing price around $462,200. Multi-family homes are not as easy to come by, and are the most expensive housing option, with an average listing price near $1.5 million.

If you would like to buy a home in San Lorenzo, California, please do not hesitate to contact us today for assistance or more information.

Beautiful wood flooring is what you will notice with your first step inside this absolutely charming San Lorenzo Village home. Upgraded throughout, this home features en...

This rare San Lorenzo Village cozy 3 bed, 1 bath home is beautifully updated with hardwood floors and more. The bonus room in the backyard could be used as a theater ...

Come See This Updated Home Located In San Lorenzo Featuring 2 Bedrooms With 900 sq/ft! Walk Through The Light And Bright Entry Which Opens Up To A Living Room Featuring A...

***BUILDER INCENTIVES of $10K. Burnley Common Villas is conveniently located to just about everything you need. The community is centrally located between SF, Oakland, & ...

"All-Inclusive" amenities and BUILDER INCENTIVES of $10K. Burnley Common Villas is conveniently located to just about everything you need. The community is centrally loca... 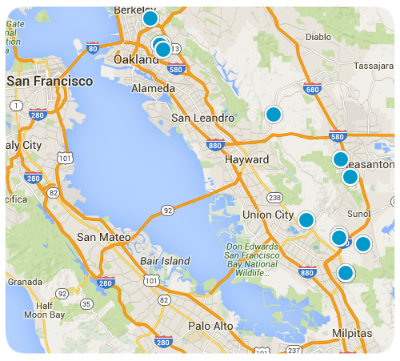